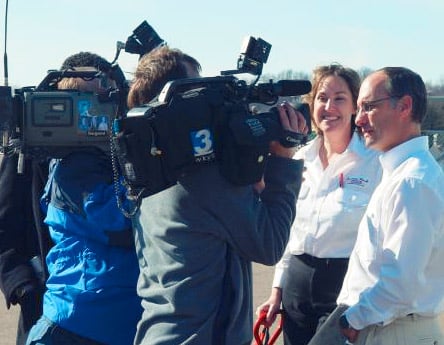 Certificated under the Federal Aviation Administration (FAA) as an approved Part 141 flight school (Air Agency Certificate #AYKS724K), American Winds is qualified to train students who have an interest in receiving a private pilot license, obtaining an advanced rating, or training the career-minded individual who wants to make aviation his or her career goal.

At the heart of the school is Chief Flight Instructor Denise Hobart, who has been in aviation for more than 25 years – as a Commercial Pilot, and an instructor with thousands of hours of experience training students. She is a nationally and regionally recognized business owner of the flight school and an FAA approved Part 135 charter (Air Carrier Certificate #AYKA724K). She is a two-time recipient of Master Certificated Flight Instructor accreditation from the National Association of Flight Instructors and an FAA Gold Seal Instructor. Along with Denise is a dedicated staff that has helped American Winds gain recognition as one of the finest flight training facilities in the Midwest.

American Winds made history after receiving permission from the FAA to develop a program and then train the FIRST hearing-impaired pilot in the history of aviation. On February 25, 2006, Stephen Hopson passed his Instrument Pilot checkride, becoming the first deaf pilot to qualify for and receive an Instrument Rating. The accomplishment of training the first hearing-impaired Instrument Pilot further established American Winds as an innovator and leader in the flight training industry through recognition by the Aircraft Owners & Pilots Association (AOPA).

In 2006, American Winds reached another milestone when it was selected New and Emerging Business of the Year by the Greater Akron Area Chamber of Commerce. This achievement helped further establish the school’s role as a leader in education, business and economic and community development. These successes cannot compare with our greatest achievement … our students. We are proud of each graduate, whether he or she chooses a career in aviation or merely flies for pleasure.

In early 2017, American Winds was officially recognized by the State of Ohio Board of Career Colleges and Schools (Registration #14-05-2043T) as American Winds College of Aeronautics. We are the only degree-granting institution in the U.S. solely dedicated to aviation. We invite you to explore our academic programs and visit our facility at Akron Fulton Airport to meet with our Admissions Coordinator and flight instructors and check out our training fleet.